The Ballad of Ultimate Carlos

For years, Carlos toiled in the midcard as a high-flying tecnico who had a decent following, but could never break through to the main event.  On one fateful night, his boss told him he'd be wrestling the champion for the belt, but the champ had other ideas.  Worried that Carlos was not in his league, he used his influence as a top draw to rewrite the night's script, resulting in him squashing the challenger in 30 seconds.  Seeing his opportunity slip away, Carlos decided to take his fate into his own hands. 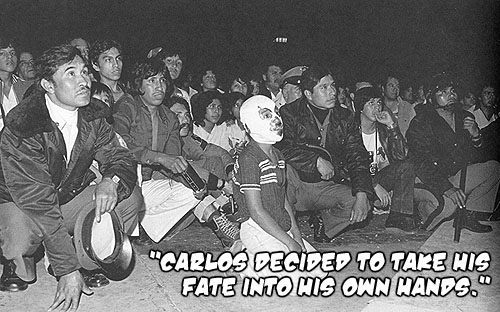 That night, Ultimate Carlos was born.  Coming down to the ring wearing a suit, rather than his wrestling gear, the champ assumed it would be a forfeit and began mocking Carlos.  In the midst of doing a fairly unconvincing chicken dance, the champ was blindsided from behind as a group of masked lucha thugs began beating him unmercifully with bike locks and broken beer bottles. 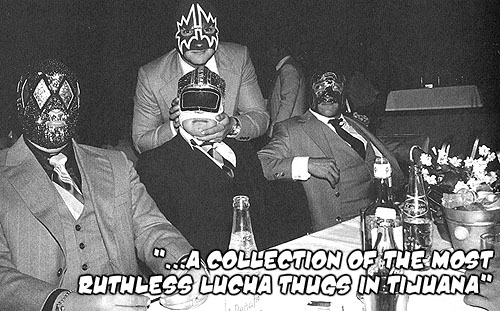 Declaring himself the new Mexican Heavyweight Champion, Ultimate Carlos threw down a challenge to any bastard tough enough to battle him: You want this title?  Come take it from me! 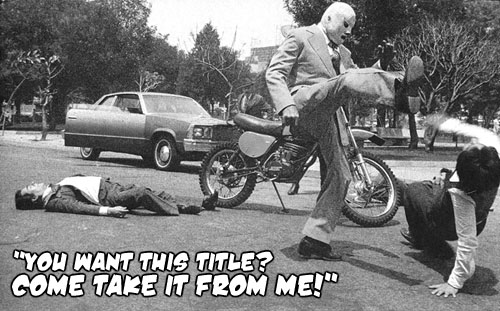 Having assembled a collection of the most ruthless lucha thugs in Tijuana, Carlos and his gang of masked rudos terrorize the wrestling populace, proving they are the toughest bastards in Tijuana, the World AND ALL OF THE KNOWN UNIVERSE.
Posted by Robert Rodriguez at 3:46 PM