"Dude, that goalie was pissed about something."

From the abandoned GUTS series “Cartel Enforcers” comes Sgt. Stab! This bootleg mashup will be thrown into all new orders, while supplies last!

What better way to get a Sgt. Stab than order the new Jason Voorhees bootleg. A holiday 1 off based off the upcoming Pagdoa figure, featuring articulated arms, Worms helmet hockey mask and Friday the 13th cardback!
Posted by Robert Rodriguez at 10:47 AM No comments: 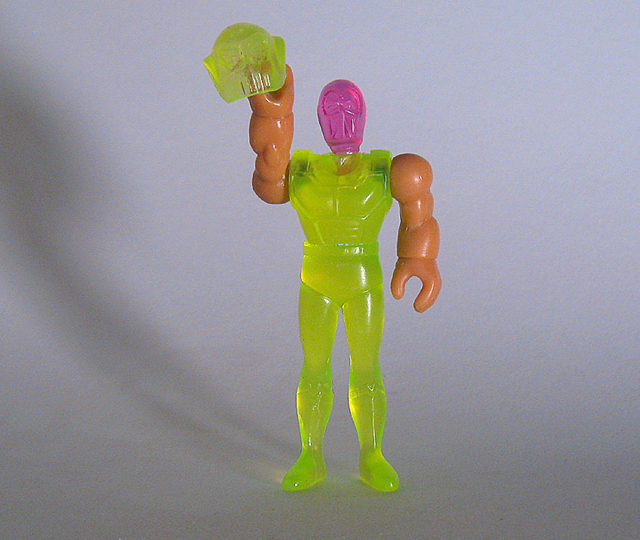 In the last days of 1989, The Ultimate Warrior assembled a Survivor Series team that would be able to match the might of Andre the Giant's army and lead pro wrestling into the glorious 90's. The Rockers were an obvious choice due to their tiger-striped bandanas and double-drop kick, and the trio searched the globe for a fourth member that would give them the edge over Andre's forces. They found Neon-Zero, Mexico's greatest champion, and promptly asked him to join the team, due to his unmatched brutality and conveniently matching slime green ring gear.

Sensing they had an edge with their new team mate, Andre opened his time portal and ambushed Neon-Zero, tossing him into the unknown future. Now in 2014, Neon-Zero fights to return to his own time to ensure he isn't erased from history. Will he get his revenge on Andre the Giant, or will he need to be replaced by a hungover Jim Niedhart? 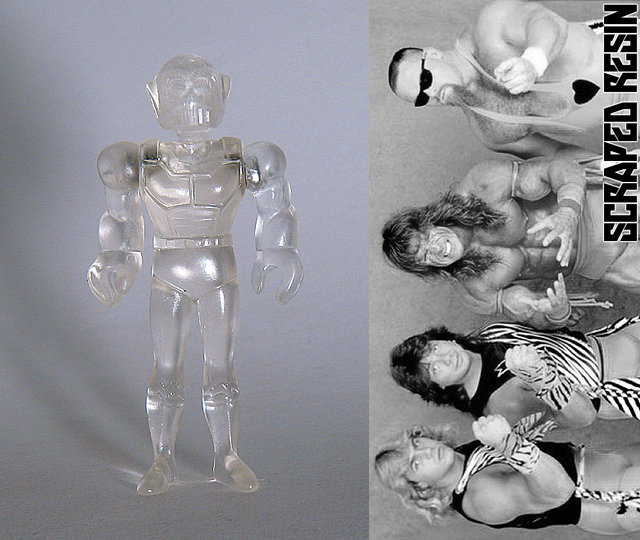 Trapped within a spiraling time warp, a ghostly Neon-Zero travels through various time periods, battling dinosaurs and robo-Nazi's, desperately hoping he eventually finds the right portal back to 1989. Will he get his revenge on Andre the Giant, or will he completely fade way, forever lost in time. 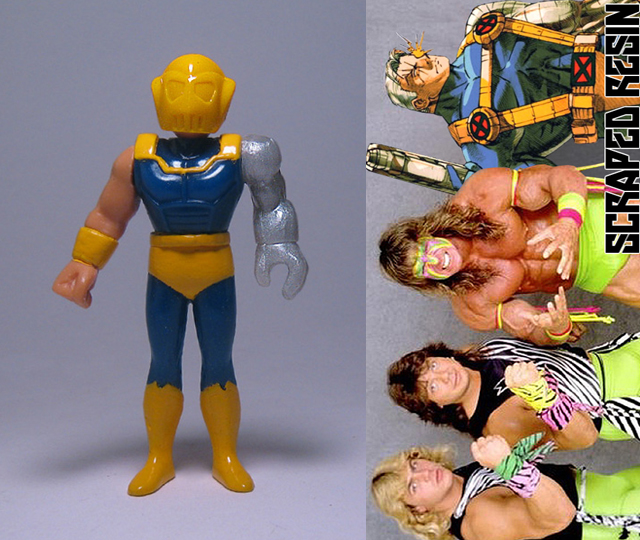 Before Andre could toss Neon Zero through the time portal, a warrior from the future barreled through from the other side! Sporting a glowing eye and giant metal arm, he claimed to be the ultimate hero from the 90's. Seeing an even better oppurtunity, the Ultimate Warrior asked this post-apocalyptic mutant to join their team, changing the course of pro-wrestling...forever! 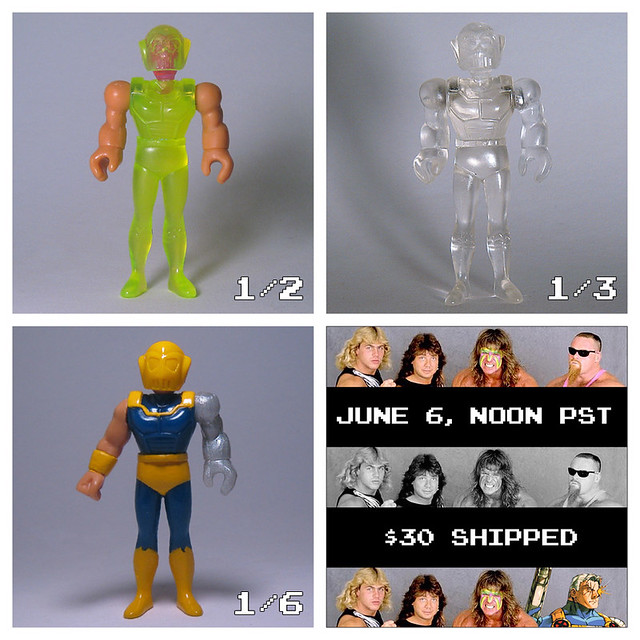 One of the most highly sought after one-offs is back, with a new set of arms and a fully fleshed out backstory! Featuring magnetically articulated arms and a removable helmet, this 3.5" resin figure comes bagged with a header that reflects the timeline they are from. Featuring an edition of 6, with two styles of chase figure, including Son of Cyclops, who comes fully painted with a bonus resin head. Available in the Scraped Resin store this Friday, June 6.
Posted by Robert Rodriguez at 4:15 PM No comments: