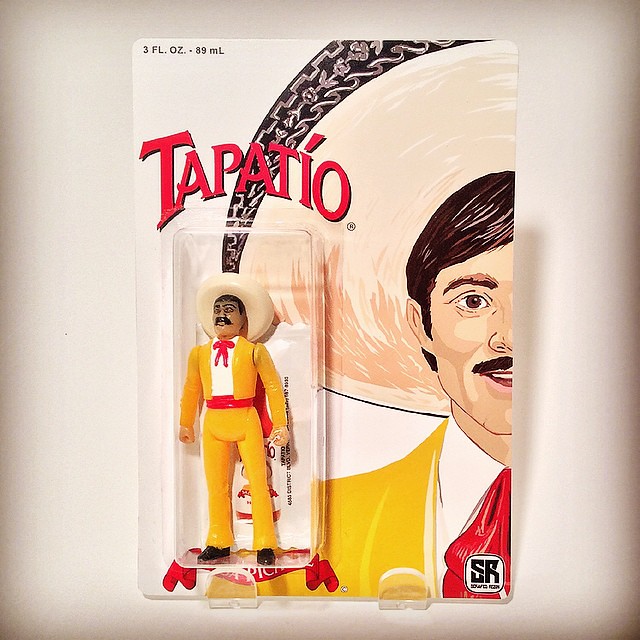 Happy to report that we set the worlds butthole on fire with our entry into Clutter Magazine’s Inaction Figure 3 exhibition. The Inaction Figure shows are a virtual who’s-who of the current crop of resin bootleggers, and having a piece on display has been a Scraped Resin dream since the first show happened. The bottle of Tapatio on my grandma's table is one of my earliest memories, and it’s fair to say that sombrero-clad gentleman on the label has been stuck in the wallpaper of my brain ever since. Packed with an actual packet of Tapatio hot sauce, all 6 of these 3.75” little charmers sold out instantly. Huge thanks to Josh Kimberg over at Clutter, who is a man who knows how to take care of a problem, hehehe. I’m going to get those AP editions out to you soon, man! 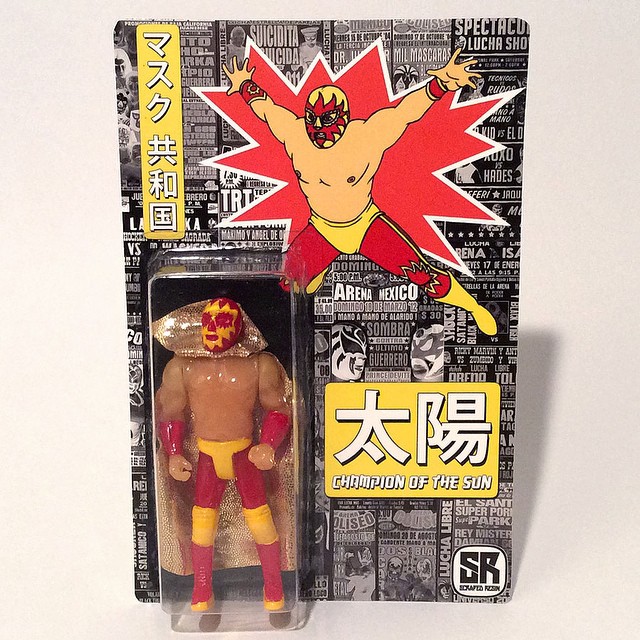 The hits just kept coming, as I had the great fortune to get to collaborate with America’s favorite lucha ambassadors, Masked Republic, on our first fully sanctioned action figure based off the lucha libre legend Solar. These were really fun to put together, and allowed me to bust out a few tricks I’d been wanting to try out, including magnetic leg articulation, and a head shrunk down using Hydroshrink. I also got a chance to collaborate with my favorite pro-wrestling illustrator Adam Ratliff on the packaging, who did an amazing job of rendering Solar in the style of a vintage Kinnikuman packaging. Kevin Klienrock of Masked Republic invited us to the lucha libre art extravaganza La Bulla in Los Angeles, where we got to rub shoulders with some of LA’s most hardcore artists and show off the resin goods. This definitely won’t be the last time you see a SCRAPED RESIN x MASKED REPUBLIC collaboration, so stay tuned! 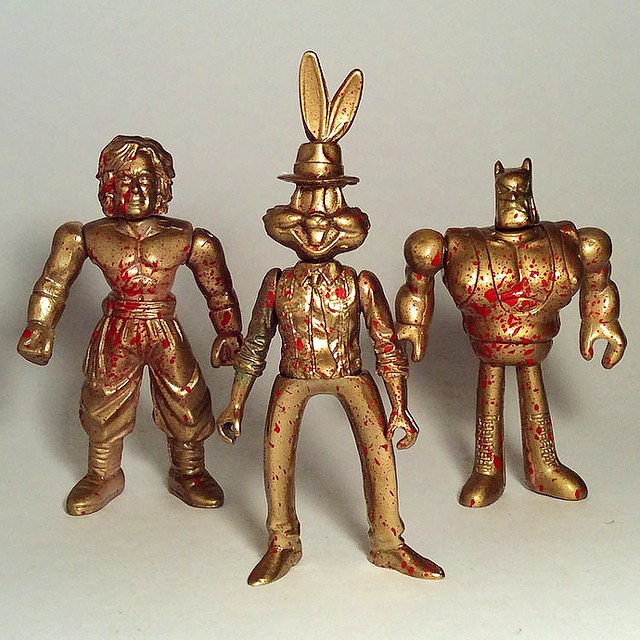 We’ve seen two more entries into the HOODSLAM Gram Slammer series: Bat Manuel and Drugz Bunny, including the addition of magnetic articulation and Golden Gig variants. The live HOODSLAM shows are a whiskey-soaked combination of high-octane metal, Sega-inspired psychopaths, and death-defying violence, and if you haven’t made the trip to Oakland yet, you are missing out on a truly inspired spectacle (not to mention the exclusive resin)! 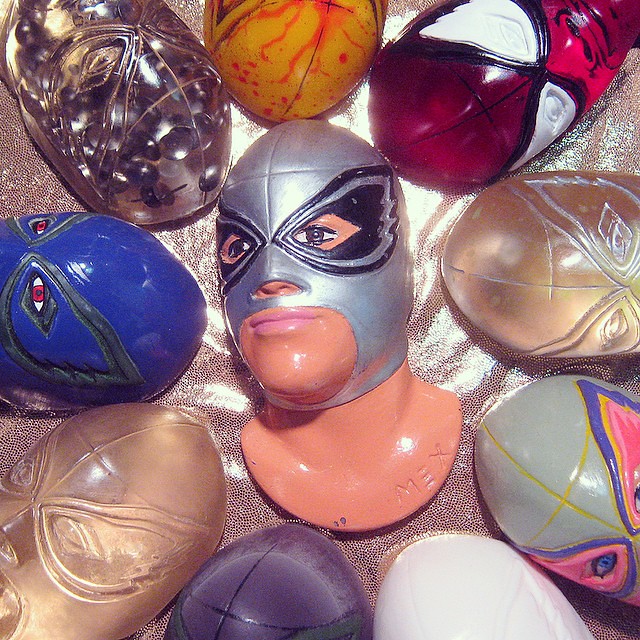 This style of 6” lucha busts were all the rage in the 90’s, being sold at wrestling shows in Mexico. I’d been trying to track down a clean one for a while and finally scored the guy in the center last year. Bootlegging ensued. We’ve since dropped a series of painted busts with pop culture makeovers, as well as a few blank bust options for you paintbrush-wielding geniuses out there.

I can assure you that the lack of updates here just means I’m having trouble tearing myself away from the pressure pot, as there are definitely a few ambitious projects on the horizon. My honest attempt to infiltrate the Sacramento art scene is on deck, and I have a couple 90’s tributes already kitbashed that I’m stoked to get molded up soon. Buy something! And until next time, keep on scraping!
Posted by Robert Rodriguez at 2:44 PM No comments: