Who made who?!?: MAXIMUS OVERKILL

Why the hell does that truck have Green Goblin’s face? There were a lot of things about Maximum Overdrive that would stay with me years after my first VHS viewing, like that soda machine scene and Yeardly Smith’s shrill voice, but as a big Spider Man fan, I never understood the reason behind Green Goblin’s face being slapped on the front of the killer diesel. Was it some sort of odd product placement arrangement with Marvel, or did Steven King just do too much coke one brainstorming session and declare “And the main truck has Doctor Octopus’ face! Wait no…*schniiiiiifffff* THE TRUCK HAS GREEN GOBLIN’S FACE!” This throwaway detail is never really addressed in a satisfying way, and somehow became the most iconic thing about a 80’s horror trucksploitation movie. Just about everything about Maximum Overdrive makes me smile, and the further we move away from the 1986 cult classic’s initial release, the more I come back to that burning question: Why the hell does that truck have Green Goblin’s face. 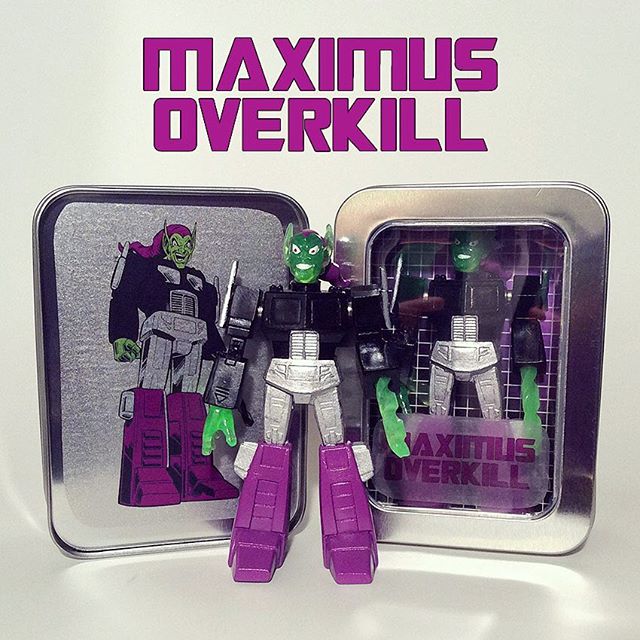 BECAUSE HE WAS A MOTHERFUCKING TRANSFORMER, THAT’S WHY!


I’m extremely pleased to present the latest Scraped Resin figure, exclusively created for the upcoming Inaction Figure 4 exhibition held by Clutter Gallery: Maximus Overkill. Emilio and company would have been truly fucked if my version of the truck made it into the movie, as ol’ Maximus would have not only transformed into robot form to terrorize the truck stop denizens, but comes equipped with a hardcore drill arm for easily cracking open the human’s hiding spot. It would make for a much shorter film, but at least that head would finally make sense. 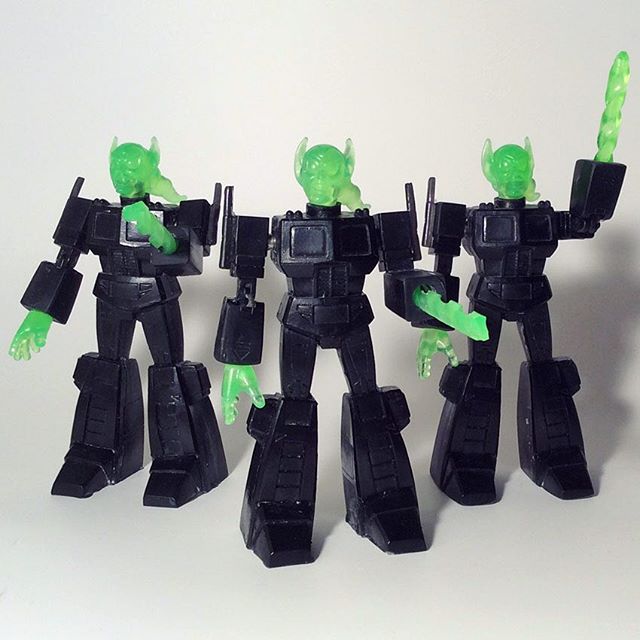 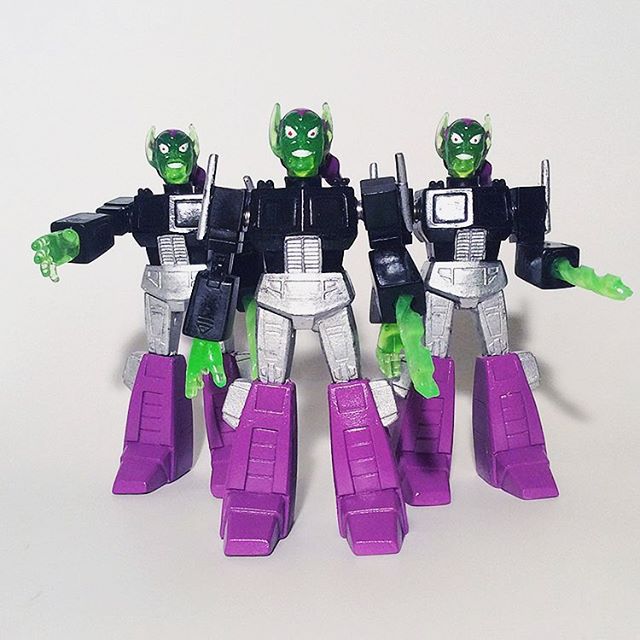 Created out of repurposed vintage toy parts bootlegged into a new, gas-guzzling monstrosity, Maximus Overkill stands 4.5” tall, and features 3 points of magnetic articulation. He comes packaged in a custom windowed tin-case emblazoned with official decals, with an edition of only 6 figures being produced for the show. Get ‘em while you can, but don’t blame me if he convinces your Transformers collection to wage a war against all humans. 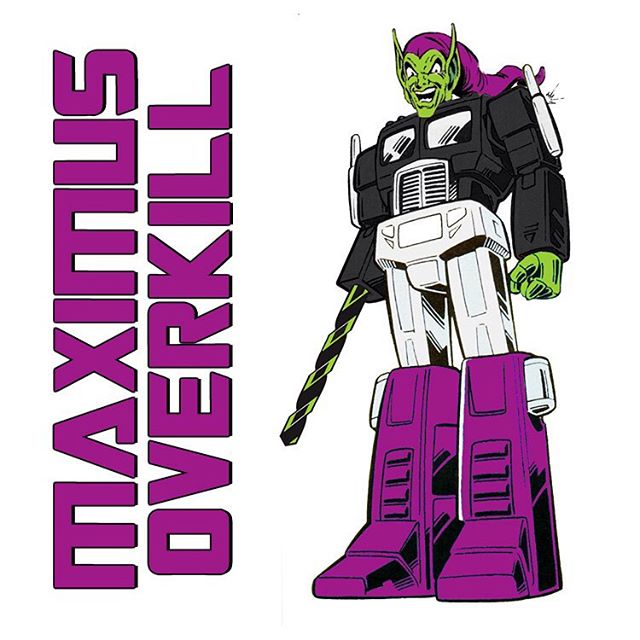 Posted by Robert Rodriguez at 1:10 PM No comments: